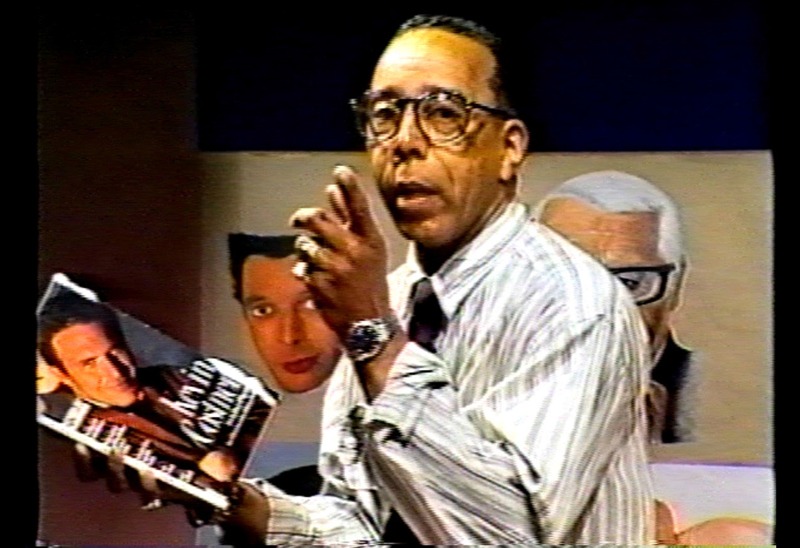 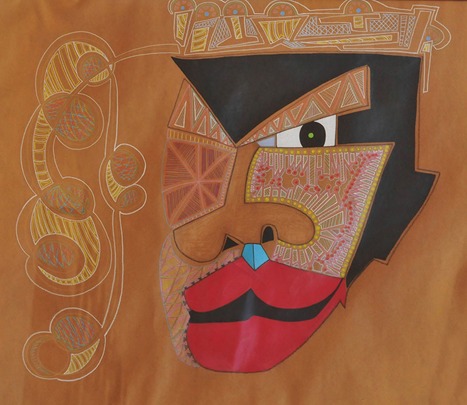 In 1989, I traveled with the Alameda County Office of Education to Russia to teach art. I was the first African-American artist to exhibit at the Leningrad Community Library. The exhibition was broadcast on Soviet National Television from Moscow to Siberia, reaching millions of Soviet viewers. I was referred to as the Afro-American Kandinsky of America due to the similar style, creative techniques, use of color, and abstract representation of shapes and forms. After many visits to art studios and group shows, I was inspired to donate all my exhibit paintings and profits from their sales to the Leningrad Community Artists Collective as a good will gesture, thereby successfully improving U.S. and Soviet international relations. Following in July, 1989, I taught art at the Soviet Academy of Children’s Art and exhibited at the Troitsk Exhibition Building, Troitsk, USSR. The exhibit featured watercolor, prismacolor pencil drawings, india ink and “abstract” paintings I made in the Soviet Union using Russian postage stamps on each of the artworks to combine the rich art culture of Russia and the American painters usage of bright, bold and soft colors. I was awarded a congressional award from the U.S. Congress for my art education activities as an ambassador in Russia, USSR. 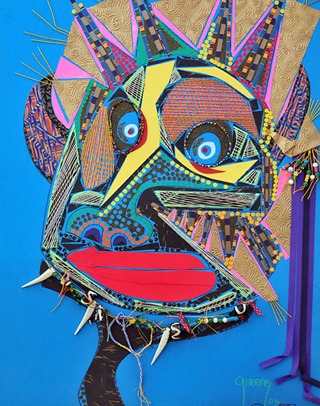 I, Donald O. Greene - born in Youngstown, Ohio in 1940, moved to Oakland, California at the age of six, educated in the Oakland/San Francisco School District, became inspired and committed to improving Oakland art communities by working with the city's youth and kindling their potential for creative growth. As an artist and teacher, starting with art workshops in my garage in the 1970's, I went on to teach Mexican and Afro-American Art at Santa Rosa Junior College, St. Mary's College High School in Albany, California College of Arts and Crafts and the Oakland Museum. After holding many teaching positions at junior high schools such as King Estates, Calvin Simmons, Marcus Foster and the Hayward Unified School District, I embarked upon a 14-year teaching career for the Oakland Unified School District, ultimately becoming Art Department Head at Skyline High School. From there I spent nine years with the San Francisco Unified School District.
Learning/Teaching is a prime example of the inevitable dilemma of which came first. I embody both learning and teaching in equal measure. I have been a teacher for the past 46 years, with many more years ahead. I learn and teach thorough my perception and expertise, Art. The creativity of the artist and the teacher spin the threads that weave the mosaic of my professional life. My belief is that the natural environment is the form and foundation of art. The human environment- social, economic, religious, reflective, interpretive- is shaped by the creative mind which draws from the natural environment. Thus, one learns, interprets, creates and teaches.
To teach students of all ages, I motivate the confidence my students need to use their creative minds as a natural resource to produce a work of art. But that work of art carries with it human interpretation from a variety of subject areas. I have been overwhelmingly successful using this process, evi¬denced by community awards, positive media coverage, my own television series, letters of praise, opportunities for travel, and most of all, scholarships for my students for further study in the San Francisco Academy of Art, totaling $156,000, individually raised by myself.
To learn, I draw from the interpretations of a world of diverse cultures, from the experiential in such travels as the Caribbean Islands, Mexico, the Soviet Union, Japan, and China, to the research I conduct in galleries and museums, and from the media of video and print. One of the cultures from which I have learned most is the Japanese, a culture permeated historically and currently with beautiful art. I visited Japan on a fellowship from the Japan Foundation, and I traveled and studied on a Fulbright-Hayes fellowship from the U.S. Department of Education to the People’s Republic of China, which was another source of inspiration reflected in my art.

To reach this point in my profession, I have built a formal art career of teaching and learning experiences that are apparent in the following list of chronological advanced professional career accomplishments.

2008
Completed a series of 20x30 paper, acrylic and mixed media paintings titled “Jewels of Jazz on my Mind”. Various jazz musicians are depicted in a mardi gras mask style – (13) paintings.

1987-2003
Collaborated with Hollywood giants such as George Lucas Industrial Light Magic (ILM-Special Effects and model building divisions) for their classroom visits and workshops for the past nineteen years in Oakland and in San Francisco.

1983-2003
Start Art Television Series
I created and began producing and hosting the “Start Art Series” in 1983 for cable channel 13, KDOL Oakland Unified School District, as a project for students to learn the skills of television production; for teachers to learn to combine art with their subject matter; for emerging artists in the community; and for the community at large as cultural awareness of community diversity. I appeared as Dr. Don, the Wizard of Art. The tapes were rebroadcast by Peralta Community College Cable, Channel 47; United Artists Cable TV 3, now TC1 Alameda Cable TV 3; Sacramento Community Cable Foundation TV 18; and Sacramento Educational Cable Consortium, TV 30. The total audience was estimated to be more than 400,000 viewers. The series was also viewed in Russia, China and Japan. Many of my productions featured local and national celebrities who, as volunteers, brought knowledge of their craft to students and the community. Each of the interviewees was the focus of a Start Art production. They were important to the art being featured, with their careers serving as motivation to the student participants.
Hosted and interviewed:

The Start Art programs and classroom visits generated a large amount of publicity for me as producer that resulted in many newspaper articles and television interviews.
Television Interviews as interviewee:

1992    US department of Education Fulbright/Hays Scholar, Peoples Republic of China

1989
First American artist to exhibit at the Leningrad Library, (USSR) and exhibited at the Troitsk Exhibition Building, Troitsk, (USSR) and awarded a Congressional Award from the US Congress for my art education activities as an ambassador in Russia (USSR)

1989
Individually raised $156,000 in art scholarships to the Academy of Art in San Francisco for my high school beginning to advanced art classes for graduating and summer art course students over a three year duration, within the Oakland Unified School District.